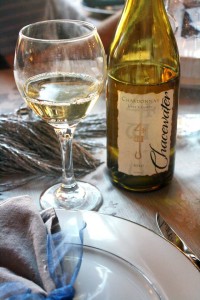 For those of you who haven’t been able to attend the Club parties or are new to Chacewater, a little news about the past year. We have increased our Club members to upwards of eight hundred this year. That is an increase of six hundred new Club members in just over a year! We here at Chacewater view this as one of our biggest success for the 2013 year. Club membership gives us flexibility not to depend on large scale distributors, which gives us an edge in both the amount of feedback we get from our consumers, as well as freedom for our winemaker.  For the New Year we plan on keeping the Club a major focus for Chacewater.

This past year we had great success in the market place. Distributors like Mountain Peoples, our largest organic distributor in California, has been placing our wines in the “Mom and Pop” organic stores up and down the coast. While Nick Kurihara of Wanderlust Wine Company has been focusing on Southern California. Nick has been successful in getting placements of Chacewater wines at 4th Street Vine in the newly renovated Long Beach Airport terminal, Crustacean Restaurant in Beverly Hills, Oscar Cerveteca in Venice Beach, Bedford and Burns in Beverly Hills, Cafe Pinot in Downtown LA, and Le Cellier in Marina del Rey to name a few. Nicks focuses on wine by the glass programs, and has lead Chacewater into the prestigious restaurant venues of Southern California.

While in college Luke Manuel helped bring Chacewater to the East Coast. Business was slow at first, as a wholesaler, until a vendor introduced him to Red Ink Distribution. The owners of Red Ink Distribution Domenico and Jay were impressed with Chacewater’s wines enough that we were their first domestic label that they carried. Since then Red Ink has done a fantastic job representing us in the Washington DC and Southern Maryland. They continually increase the amount of stores that carry our wines. Chacwater wines may now be found in some of our nations capital’s most historically significant wine shops. Gathering Harvests distribution in Connecticut also started distributing Chacewater after tasting our wines and connecting with our brand. Donna Pace, owner of Gathering Harvests has created an excellent demand for Chacewater. After graduating from American University Luke moved to Arizona where he and his brother Alex became licensed distributors, known as Manuel Brothers Distributing. They continue to have success placing our wines into exclusive restaurants and wine shops throughout Arizona.

In 2014 we are increasing our production of wine by a third from six thousand cases to eight thousand cases annually! This growth is due to the success of our Club members and distributors doing a wonderful job. After two consecutively difficult vintage years 2010, and 2011, the 2012 and 2013 years have been exceptionally good. Increasing our confidence that the wine will continue to improve.

The 2013 vintage in particular, allowed us to harvest fruit at optimum quality, because of the relatively mild summer conditions, and the lack of early fall rain, allowed the fruit to get extra hang time. This hang time increases maturity and flavor development.  The 2012 reds are going to be bottled in the next few months and the quality looks stellar! The 2013 Sauvignon Blanc and dessert wines are going to be in the bottle in mid-February and are tasting great. We will be releasing these wines in March.

Matt Manuel has done a fantastic job managing the vineyards. Four new acres of Cabernet Sauvignon are being planted in the Sierra Foothills. Matt has already put in stakes and end posts, he is just waiting on the bench grafts this spring. After apprenticing under Emilio for just a year, Matt is also running the olive mill during the off season. Giving Emilio some much needed rest as well as a helping hand.

In 2013 the olives trees were in an alternate bearing year. Last January we aggressively pruned the trees to promote positive growth for the future; we do this every other year. This created a smaller harvest year for 2013 (10 tons of olives) as compared to 2012 (14 tons of olives), which means 2014 should have a higher yield. The quality of the olive oil produced in 2013 is wonderful! In fact we are already pouring some of these new 2013 olive oils in our tasting room. Look for the Blood Orange Infused Olive Oil and the Tuscan blend.

We are also happy to announce that the olive oils produced in the current 2013 harvest season passed the California Olive Oil Council (COOC) Certification Seal for “Extra Virgin Olive Oil” labeling. Chacewater has been a proud member of the COOC since 2010. Having our oils go through lab analysis and sensory evaluation to get a ” high quality” product status. The tests consist of a lab analysis: free fatty acid test, ultraviolet absorption, and peroxide value test along with a COOC tasting panel, which evaluates the olive oil to ensure its quality and “extra virgin” designation. The panel articulated our oils as buttery, nutty, green apple, herbaceous, woody, and grassy to describe our oils.  In fact this year the COOC invited Chacewater Olive Oils to be displayed at their booth at the National Association for the Specialty Foods Trade (also known as the Fancy Food Show) in San Francisco.

All of us here at Chacewater would like to thank our Club members, distributors, family and friends! Without your help this last year wouldn’t have been as successful or as much fun. Through your continued support and hard work we have had some of the best Club parties and have enjoyed lots of community support and growth! A special thanks to Sinda Knight and her hard work on Sundays in the Tasting Room. From all of us here at Chacewater we wish you a Happy New Year!

We sure had a great time planning, preparing and enjoying our club appreciation party a few weeks ago.  Emilio checked in over 200 club members with friends and family. Thanks to everyone who came out and we already look forward to the next one!

The vineyard and olive orchard are moving right along, I look forward to a very busy harvest. Matthew and crew have the vineyard looking great, and Rafael is keeping the weeds and ground squirrels at bay in the olive orchard.

Another exciting upcoming event is the upcoming bottling of the new 2012 Chardonnay’s along with the rest of our 2011 Red’s. All taste exceptional in barrel; they will be a good vintage. The Petite Sirah, Zinfandel and Cat’s Paw Merlot will be able to enjoy a good amount of bottle lay down as we continue to build our inventory.

Luke moved to Phoenix and has over 12 accounts already; we look forward to building a good supply program down there with both Wines and Olive Oils.

Please come by any time and visit with Ryan and all of us, the tasting room has been fun and busy every day.

Thanks to all our fans – new and old for making this past year such a good one and turning out to support our events and enjoy our wines and olive oils!

Mark has produced some beautiful new wines that are just now being released. The 2012 Riesling Vineyard is now certified organic, and is tasting exceptional!  Mountain Peoples California and Luke’s new Maryland distributor Red Ink Imports will have it in the market soon. Keep your eyes open for this wine (or come by the tasting room for a sip).

In the olive mill,  Emilio has been busy putting most of his Nuvo Extra Virgin Olive Oils in bottle. We couldn’t be happier with the results!  California Olive Oil Council certified all six oils with excellent reviews. We are very excited to enter them in competition and introduce them in the market. Don’t miss these oils on your next visit to the tasting room or order a sample online.

Matt, Antonio and Tony are busy pruning our 31 acre vineyards in the Sierra Foothills. It’s important to take advantage of the dry weather we’ve been having.

I had a great time meeting and visiting with wine enthusiasts at the ZAP festival in San Francisco, and at Lake County Wine and Chocolate. I am looking forward to working with Mountain Peoples next month at the Beer and Wine Expo in Anaheim. My son Matt and his older brother Alex are scheduled to represent us in San Diego that same week end at the Family Winemakers wine pouring.  Come on by and see us! 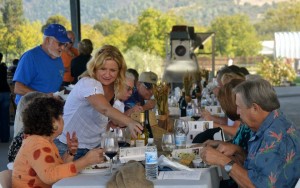 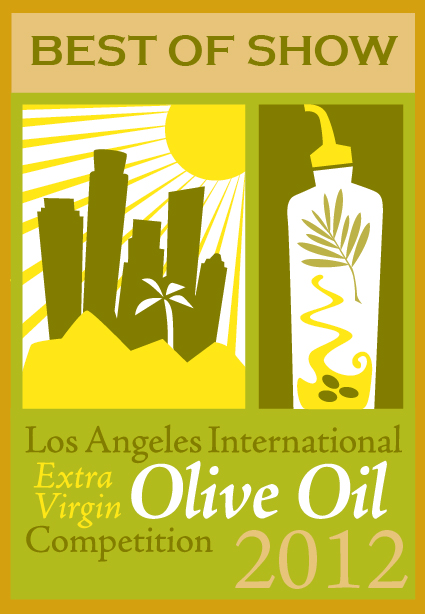 Not to be out-done by our award winning wines, we are pleased to announce the results of the 2012 Los Angeles International Olive Oil Competition, where our Tuscan Extra Virgin Olive Oil won Best of Show & Best of Class for the Robust Domestic oils!

We are proud of the hard work and attention to detail from Chacewater Olive Mill Master, Emilio Dela Cruz. Congratulations on these results and we look forward to continuing to produce world-class award winning Extra Virgin Olive Oil and wines!