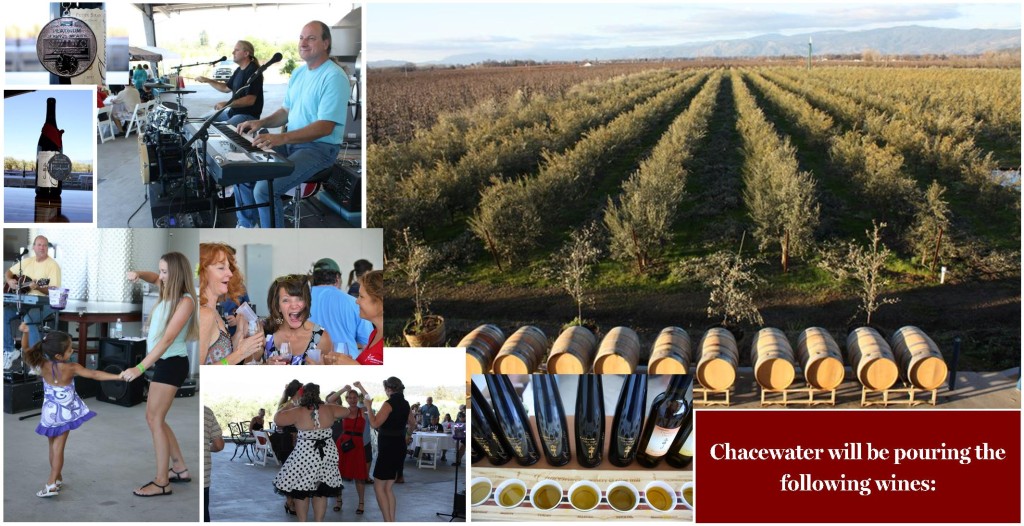 The 10th annual Lake County Wine Adventure is here! This two day event is taking place on the 27th and 28th of July and it will be a blast! Chacewater hope to see you there!  Come by and taste 9 of our award winning wines. Kick back, relax and enjoy a glass of wine out on the crush pad overlooking the olive orchard while listening to live music by Dream and the Dreamer Band. Dancing permitted! Our fresh Chacewater extra virgin olive oils are available for tasting as well. Don’t forget, authentic Mexican style Carnitas, with all the fixings, mild to spicy hot, will keep you fueled and ready to continue on your Lake County Wine Adventure.

Wines being poured Saturday and Sunday will include: 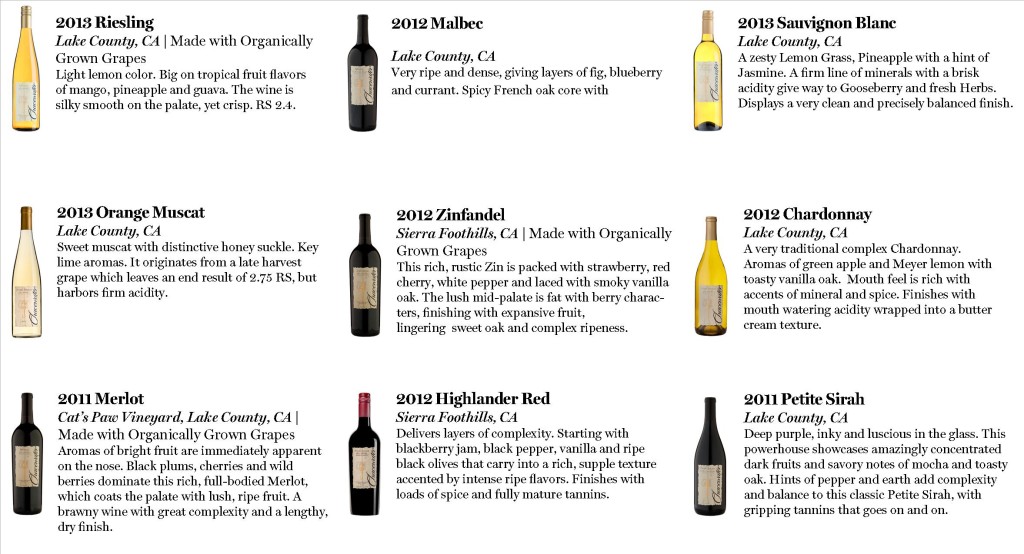 As some of you may know, at the beginning of June this year we released our 2012 Lake County Malbec.  For those of you who have not been able to give it a try, make sure to come by the winery to experience this vintage  that loves the Lake County altitude!  Some may remember that last year we did not have a 2011 Malbec.  We know that many of our 2010 Malbec lovers from the year before were disappointed to not see it back.  The industry can be tough when it comes to getting the fruit needed to produce quality wines year after year.  However, after a year of no Malbec, we are excited to say it’s back and better than ever!  After the 2010 vintage received double gold at the San Francisco Chronicle Wine Competition we are happy to have the 2012 Malbec back and ready to please once again.  This vintage is from two different Lake County vineyards in the Red Hills AVA, consisting of 7% Petite Verdo.  It was aged in oak for a total of 16 months with 30% in new American oak and 70% in two year old French oak.  It is a true French Bordeaux style Malbec with layers of blueberry, fig, and currant.  With a spicy French oak core and a rich, lengthy finish, this 2012 Malbec has taken off since its release in early June and we are excited to see what else it has in store.